Our politics is demeaned not by MPs or citizens exercising their democratic rights in the national interest, but by terms of abuse describing them as ‘mutineers’, ‘traitors’, or ‘enemies of the people’. The words used in public debate create a climate in which people act. Hyperbolic words relating to legal concepts that in previous times could lead to capital punishment, are extremely dangerous.

We must disagree agreeably or it will become clear that we are not the democracy we tell the world we are. 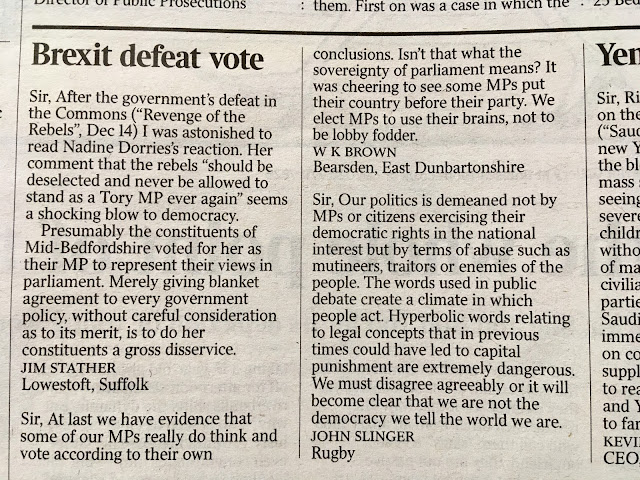 The letter also appeared in The Week 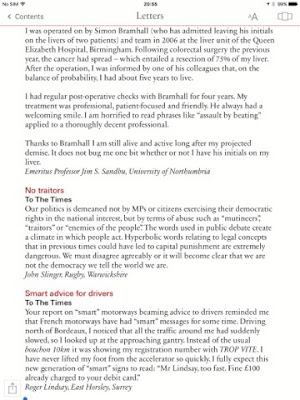 Posted by John Slinger at 12:12 No comments: